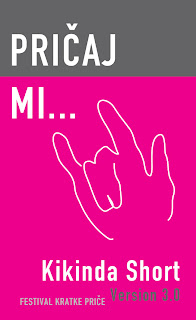 Peter Hobbs was born in 1973, and grew up in Cornwall and Yorkshire. His first novel, The Short Day Dying (Faber and Faber), won a Betty Trask award and was shortlisted for the Whitbread First Novel award, the John Llewellyn Rhys award (all 2005), and the International IMPAC Dublin award (2007). It was followed in 2006 by a collection of short stories: I Could Ride All Day in My Cool Blue Train (Faber and Faber). Stories from the collection have been anthologised in Zembla, New Writing 13, and X-24 Unclassified. He lives in London.
An online interview: http://www.newstatesman.com/books/2008/03/hobbs-sentimentality
Wikipedia entry: http://en.wikipedia.org/wiki/Peter_Hobbs
Impac award shortlist: http://books.guardian.co.uk/news/articles/0,,2053895,00.html

Paul Ewen was born and raised in New Zealand. After
spending time in South East Asia, including four years
in Vietnam, he moved to London where he has been based
since 2002. His work has been published in the British
Council's New Writing anthology, in The Times, Tank
magazine, and on various on-line literary sites. His
first collection of short stories, London Pub Reviews,
was published in 2007. Dazed & Confused magazine
called it an "insane book..full of acutely observed
details."
www.myspace.com/shoeswithrockets

Clare Wigfall was born in London during the summer of 1976 and spent her early childhood in Berkeley, California. She studied Fine Art and Literature before moving, at the age of twenty-one, to Prague, Czech Republic, and later briefly to Granada, Spain. A post-graduate student at the University of East Anglia’s writing school, she won the Curtis Brown UEA prize in 2001. Clare Wigfall is currently living in Prague, where she teaches creative writing to children and adults, runs a face painting and clown company, and is working on her next book. Her work has been published in Prospect, New Writing 10, The Dublin Review, Bordercrossing Berlin and commissioned for BBC Radio 4. Her debut short story collection THE LOUDEST SOUND AND NOTHING was published in the UK in September 2007, by Faber & Faber. It has recently been longlisted for the 2008 Frank O’Connor Short Story Award.
Reviews, news, and more information can be found at:

Ann Cotten, born 1982 in Ames, Iowa, grew up on Vienna and lives in Berlin. Her first book "Fremdwoerterbuchsonette", a book of sonnets using words from the foreign word dictionary, was published in edition suhrkamp in 2007. Ann Cotten studied German Literature and finished her studies in 2007 with a study which will appear under the title "Nach der Welt. Die Liste in der konkreten Poesie" (After the World. The list in concrete poetry) in Klever Verlag in 2008. Cotten writes prose and poetry, published individually in magazines and on the internet, and is currently working on her next internet project, "Glossar.Attrappen", a kind of deranged encyclopaedia of everything and nothing.

Martin G. Wanko, born in 1970, lives as an author, playwright and journalist in Graz (South Austria) and Bregenz (East Austria). He has got some local and national prices and is well known because of his theatre plays like “Who killed Arnie?” (a play in which Arnold Schwarzenegger dies) and “Coach, King, General” (a tribute to the football-trainer Ivica Osim) . In 2008 his theatre monolog “The Living Dessert” is performed in the regional theatre of Bregenz, and he is also author in residence in the “Theater im Keller” in Graz, where a sitcom called “Family Dosser” is performed.
After his crime thriller “Seelendschungel” (2006) he will publish in 2008 his second crime thriller, called “Bregenzer Blood-Games”.
Further he writes in national magazines as a literary critic, among others in the high quality news magazine “Profil”, the student-magazine “the gap” and the popular West Austrian newspaper “Vorarlberger Nachrichten”.
More about the author under: www.m-wanko.at

Polona Glavan
Born on 24 September 1974 in Ljubljana where she presently lives. She graduated from comparative literature and English at the University of Ljubljana. Having written for all her conscious life, she published her first short story in 1994. Her stories won several awards at contests, and appeared in two national anthologies of modern Slovenian short stories. Her stories were published in most Slovenian literary magazines as well as in English (Prague Literary Revue, Orient Express, anthology Key Witnesses), German (the anthology Die Zeit der Kurzen Geschichte), Czech, Dutch, Italian and Hungarian (anthology Racconti senza dogana/Vammentes elbeszelesek) and Croatian translations (Quorum, Sarajevske sveske). Her first book, a novel A Night in Europe (Noč v Evropi) was published in 2001 and shortlisted for the Kresnik award for the best Slovenian novel of the year. In 2007, it was published in Czech translation. Her short story collection Gverilci (Guerillas) was published in 2004 to a great critical acclaim and awarded Zlata ptica award for extraordinary achievements of young artists.

Agnieszka Klos
The author of 'Total Cost of Everything'. She was awarded Culture Minister Stipendium and took a part in Jerzy Pilch's literature workshop. She won a number of literature competitions, among others Gdansk University competition. She worked for ,,Gazeta Wyborcza" daily and ,,Duzy Format" magazine. She is a journalist for ,,Rita Baum" publication and www.ritabaum.serpent.pl on line magazine. She is the deputy manager for ,,Rita Baun" art association. She publishes analyses, reviews and photographs among others in ,,Pozytyw" magazine, ,,Arteon" and others. She is a press photography and journalism lecturer in Dolnoslaki Institute of Further and Higher Education in Wroclaw.

Bojan Babic, born in 1977. Completed elementary and high school in Mladenovac, graduated from Belgrade University with a degree in Serbian and World Literature at the Philological Faculty. Published works include: book of stories PLI-PLI (1996), ultra-short novel Book for boys (1998), book of poems in prose Noises in prose (2003). New book Stories about happiness, will be published this year. Lives in Belgrade. Works as copywriter.

His poems and short stories have been translated to English, Italian, Slovenian and German.


Biljana Ćućko, writer, literature critic, theatre director and illustrator, was born on 27.February 1979. in Đakovo (Croatia). She graduated Education at the Faculty for philosophy in Belgrade.

National library in Kikinda has published her book of stories Marginalna stvar (Unimportant issue) for which she was awarded the Ðura Ðukanov literature prize for the year 2007.

She is currently working on her new book of short novels Čarobni bršljan (Magical Ivy) and illustrations for Miroslav Kusmuk’s novel Vuk (Wolf).

She lives and works in .


Srdjan Srdic was born in Kikinda in 1977. He graduated at the department of the world literature and theory of literature. Currently, he is employed as a professor of Serbian language and literature with the Grammar school in Kikinda. In 2007, he became one of the winners of the contest organized by the Croatian website www.bestseler.net, and his story “ Grey Gloomy Something”, among the others, was published in a collective short story collection. On the website www.litkon.org are published fragments of his novel in progress. He won a prize for the best prose work at the literary contest organized by the magazine “Ulaznica” in 2007. He’s been published in the web magazine “Plastelin”.