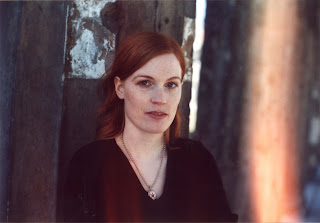 Short introduction: I am a so-called "Sonntagskind" - born on a Sunday and therefore blessed with luck. Despite this I decided to go to Chernobyl in 1999 (to shoot a documentary film) and now I love writing about incredible things like someone saying "I love you" or squatters in the family.

The last topic is the subject of my story "Poor knights" I am going to read it in excerpts at the festival.

Even before my first book was published I found myself on a list of a German magazine of the "100 most successful young people in Germany" - which was bizarre but just as nice as the many reviews and the number of copies sold.

After concentrating on scriptwriting for the last years I am now working on my next book and have been announced "writer-in-residence" by the Kulturforum östliches Europa (Cultural Forum for Eastern Europe) and will spend the 2nd half of 2010 in the European Cultural Capital Pécs - very close to Croatia but also to Kikinda.

Did you hear anything about Kikinda short before you get invitation and if you did, what did you hear?

What do you expect from reading tour in Serbia?

I recently watched "here and there" by the Serbian director Darko Lungulov. I liked the film and the way Belgrade and i 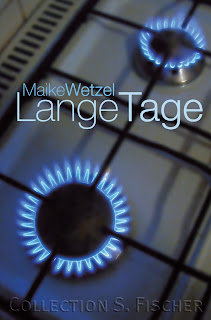 ts people were portrayed in it - their humor and especially the quiet intensity of his main actress Mirjana Karanovic. I hope to meet people like that and many, many other writers from around the world.

What audience can expect from you?

OK, will buy you a beer for this.

Anything else to say?

Ah - one more thing: I am completely and thoroughly German - but I hate beer.